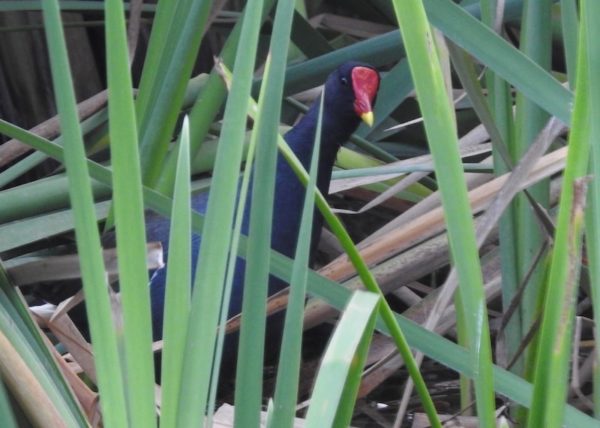 Is is a chicken or a duck?

Neither! It’s a moorhen.

Moorhens (Gallinula chloropus) can be found throughout much of Africa, Europe and Asia, including Madagascar, where they prefer freshwater marshes. They don’t only look like a half-step between a chicken and a duck, they act a bit like it, too—walking like the former and swimming like the latter.

These ones were hanging around the pond behind our hotel in Antananarivo. But it did not act like the urban waterfowl I’m used to—mallards and Canada geese who live near me almost year-round, and barely blink when a human comes near. Whether swimming or strolling, these guys darted away (usually via a quick flight of several yards) as soon as a human came near. Companion pointed out that this was probably because, unlike the waterfowl in my city, these ones actually get hunted.

Here’s another picture of a moorhen if you want to get a better idea of its looks:

2 thoughts on “Madagascar Bird of the Day: Common Moorhen”