Not sure if this is the same duck I saw in August, but I’m guessing it is. This time it was a little closer, so I got some better photos of it.

I researched a bit more about domestic ducks to try to determine if this was a leucistic (partially albino) mallard or an escaped domestic duck. Previously I guessed it was a White Campbell, but it turns out lots of domestic ducks have bodies like mallards. That’s because most domestic duck breeds are descended from mallards and classified as the same species, Anas platyrhynchos.

In addition to that, mallards crossbreed profligately with escaped domestic ducks and even other bird species, so this could be an American Pekin or any number of domestic birds, or offspring of a wild mallard and domestic duck. But who knows? Maybe it’s a totally wild mallard that just happens to lack feather pigments. We can pretend, at least … 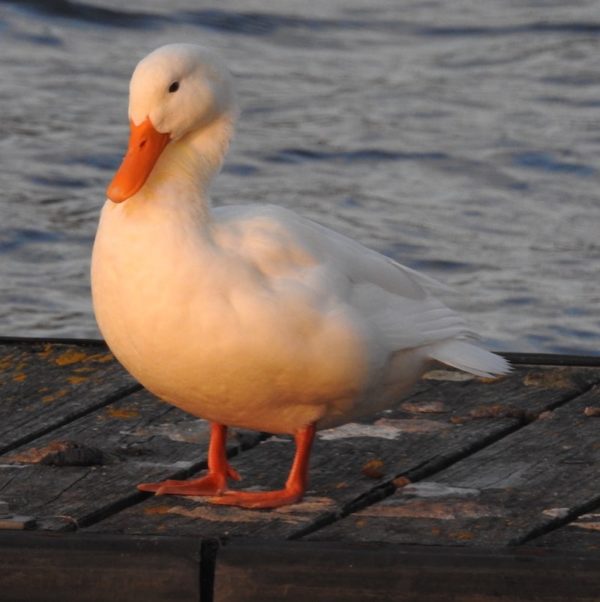 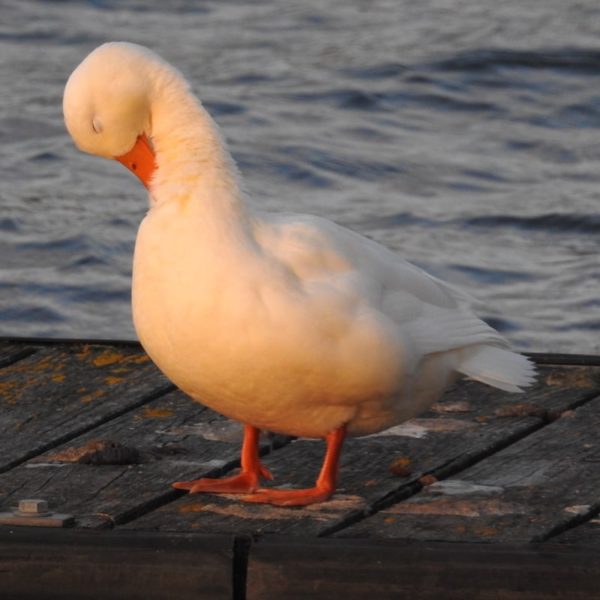 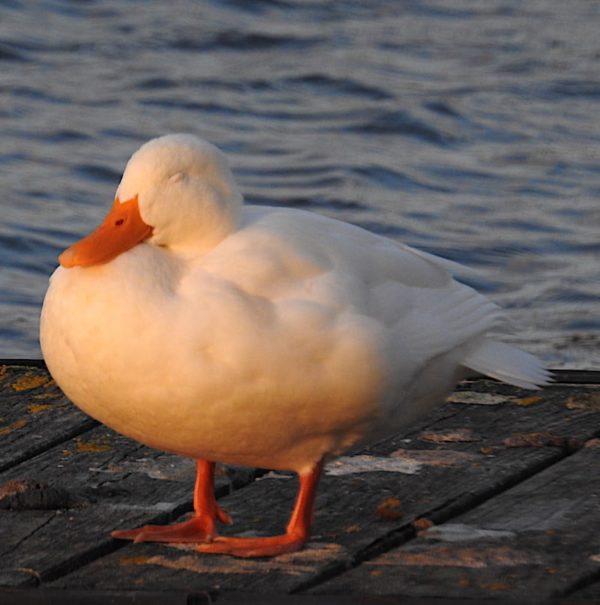 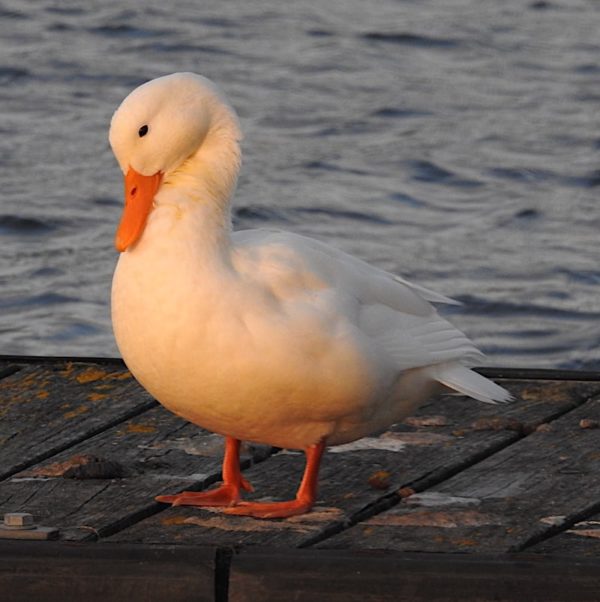