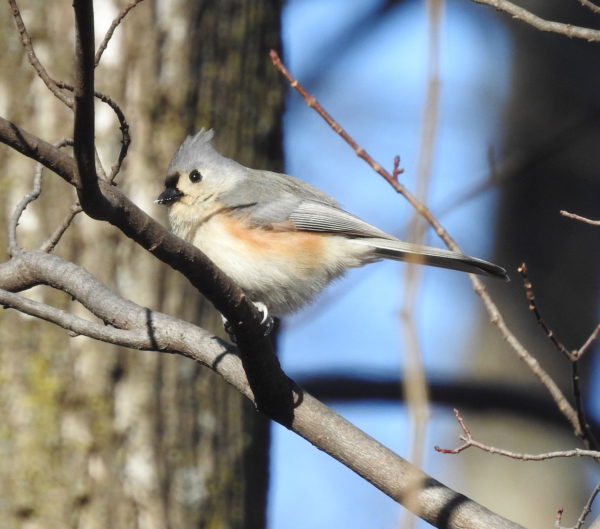 The titmouse is neither a tit—at least not in the colloquial American sense—nor a mouse.

The first part of this common Northern hemisphere bird’s name comes from an older, less titillating definition of “tit,” meaning something small. The second is from the Old English word for bird, mase. The word mase became mose and then, four hundred or so years ago, transformed into mouse. Because, hey, why not call birds and rodents by the same name?

The tufted titmouse lives throughout much of the eastern United States. “Tufted” was added to “titmouse” to indicate the cute little plume at the top of its head, which gives it a silhouette similar to a cardinal or cedar waxwing.

The tufted titmouse isn’t closely related to either of those birds, however. It is smaller than a cardinal and more akin to chickadees, which share the Paridae family of birds with it.

I spot tufted titmice occasionally in Wisconsin, but I’ve seen them almost daily while visiting Reston. That makes sense since their preferred habitat is deciduous and mixed forest.

This particular titmouse was making a loud racket when I started my walk around eleven o’clock this morning.

Perhaps “racket” is the wrong word. It wasn’t like the cawing of crows or the chittering of woodpeckers getting into a territorial dispute. It was more song-like, a whistle as clear as the winter air.

But it sure was loud.

That made it fairly easy to follow as it flitted from branch to branch. 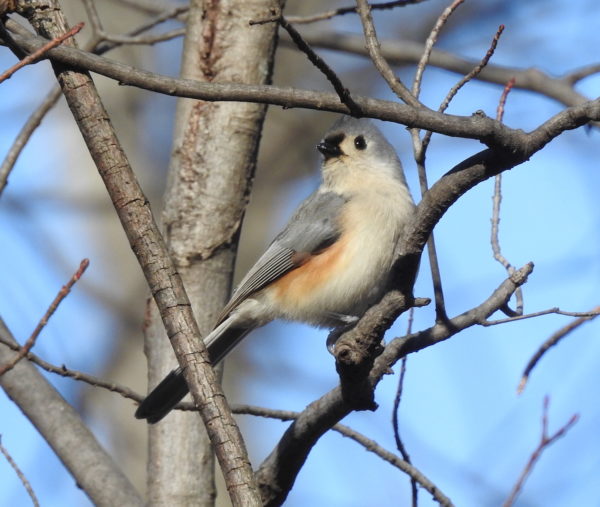 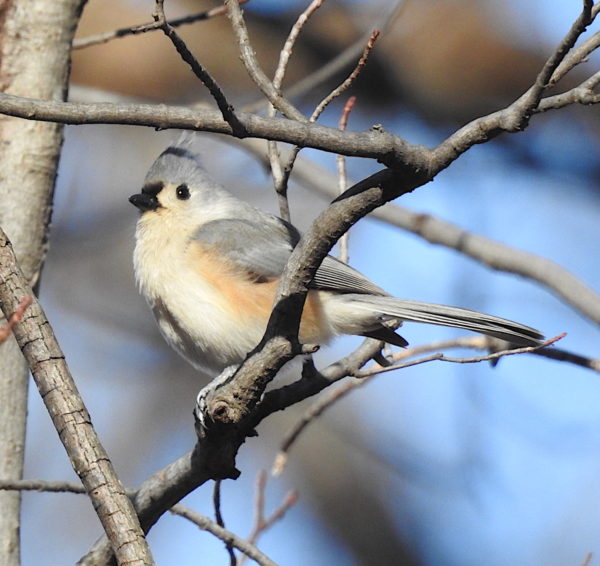 Tufted titmice like to eat insects, nuts, and seeds. In the winter they forage for the latter quite a bit, and they like to gorge themselves at bird feeders as well.

This one had recently eaten something. White residue, probably from seeds or suet, is visible on its beak, particularly in the top picture. (Double click on the photo for a bigger version.)

I feel lucky that this titmouse was so obliging in posing in the sun for me today. So unlike those woodpeckers, who always seem to move to the shadowy side of a tree as soon as I get my camera out!