The Cornell Lab of Ornithology’s Merlin Bird ID app lists twenty-one species of sparrows that can be seen in the Southeastern United States, twenty of which are native to the Americas. (The house sparrow is the exception, and was imported from Europe in the 1800s.)

I saw house sparrows on my walk today, but I also saw a song sparrow (Melospiza melodia). 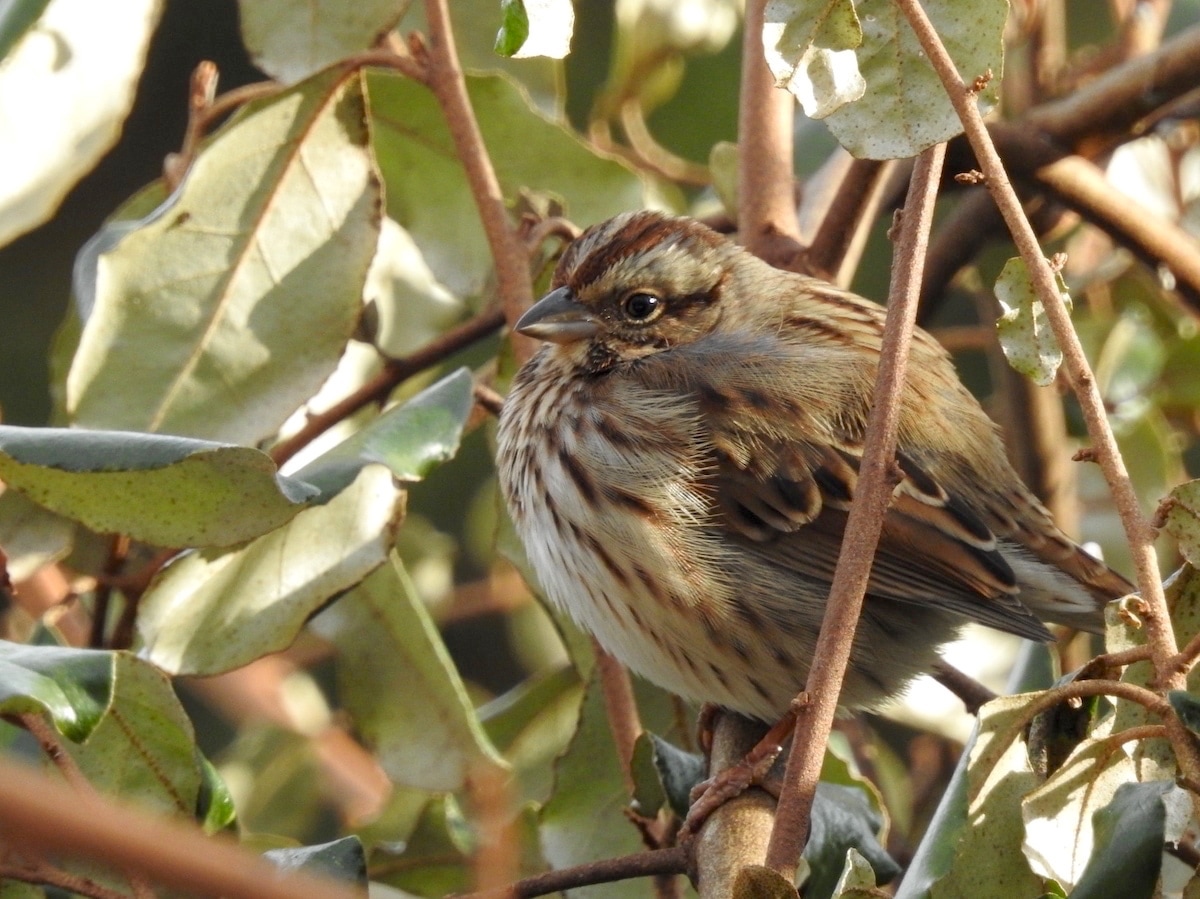 Song sparrows can be identified by the brown streaks on their heads that run from beak to neck, as well as heavy streaking on their chests. (Other sparrows that look similar around the head tend to have dull, non-patterned breasts.)

And song sparrows have a pretty song.

Just as I finished photographing the individual above, I noticed another sparrow fly into a nearby holly. I couldn’t see it well, so I focused my lens on it and zoomed in.

While many white-throated sparrows (Zonotrichia albicollis) spend the entire breeding season in northern Wisconsin and all of winter in Virginia, this species only comes through my area of southern Wisconsin during migration. So it’s a real treat to get to see one.

Well, you see, there’s a white patch of feathers right on its throat, below its beak:

This, along with the yellow lore and distinctive black stripes, make it easy to distinguish the white-throated sparrow from house sparrows and other sparrow species on close inspection. However, if you don’t have a zoom lens or a pair of binoculars, you might not see the markings.

At such times, hearing people can lean on the bird’s song to identify it. Here is an example of white-throated sparrow song.

(Warning: the song is really shrill, so start with your volume low and turn it up only if you can’t hear it.)

Hungry for more photos of sparrows? Check out my post about chipping sparrows.