The northern flicker doesn’t have “woodpecker” in its name, but it is one. And what a distinctive one! Although the black-and-white stripes on its tail are reminiscent of other woodpeckers’ black-and-white checks, it’s polka-dotted breast is what makes it stand out among birds. Quite fashion-forward.

Unlike most woodpeckers, they don’t peck much wood (though they will if they have to). They prefer digging for insects on the ground.

I saw the individual above at the neighborhood’s most popular bird feeder, just on the edge of the woods. The black handlebars next to its beak indicate that it’s a male; other than that, females are similarly colored. They’re about the size of a robin.

These birds are loud! On my way back from this feeder, when it was almost sunset, I heard a “Pew! Pew!” sound like an old Star Wars-movie laser shooter. I followed the sound for about a hundred yards and found a flicker, which immediately flew away.

But at least it had led me to another pileated woodpecker. 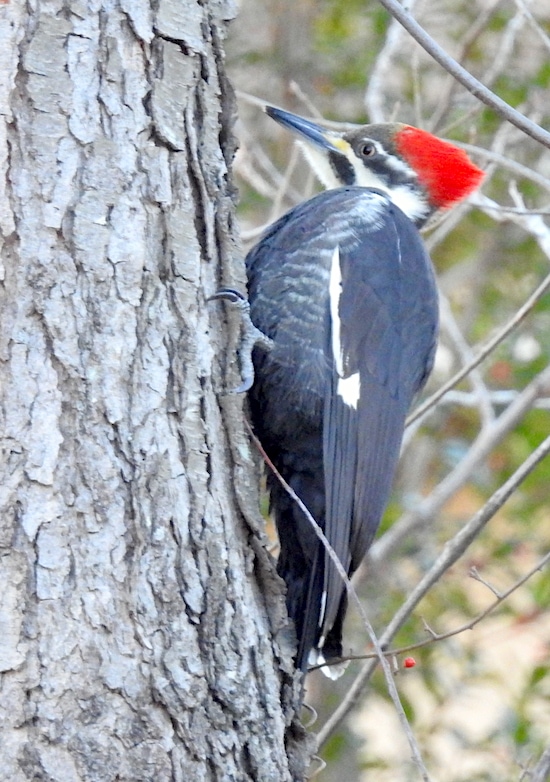 >> Read more of my posts about woodpeckers