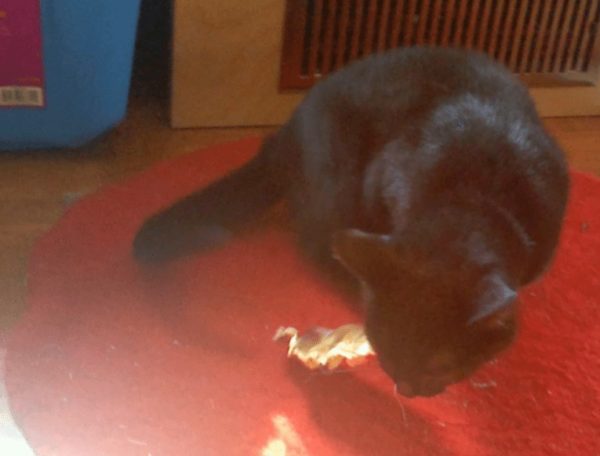 (Even though the rug is wool, she’s never tried to eat it. Perhaps it’s too coarse.)

The problem was that the rug back was a canvasy cotton and it kept slipping around on the wood floor. Whenever the cats would go for a run around the house, it would end up halfway across the room.

So I got out some nonslip shelf liner I had left over from another project and cut it into two half-circles, then stitched the pieces to the underside: 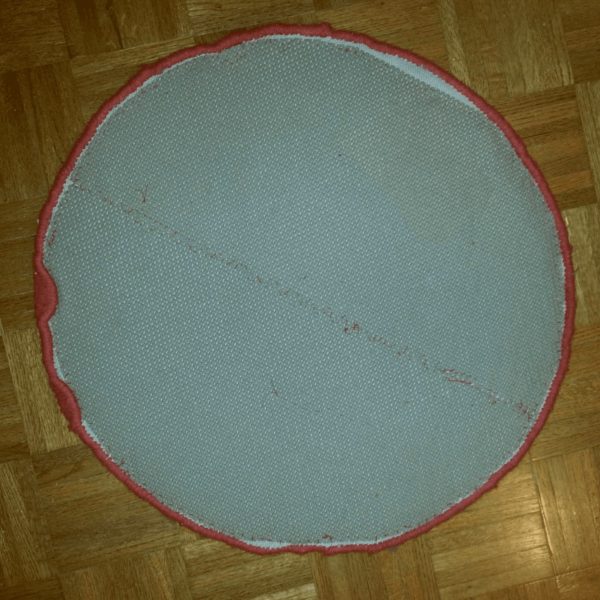 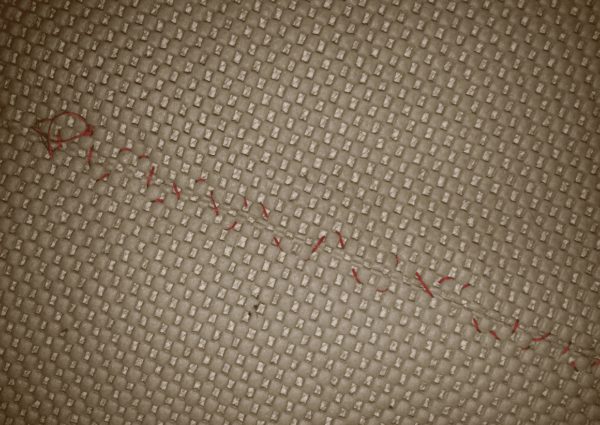 Now it no longer slips, even when Lilo is doing her midnight laps around the living room.

Ikea has its own non-slip backing, but I didn’t use it because:

0 thoughts on “Making a rug no-slip”