Some flowers bloom for such a period that, by the time the next year rolls around, I’ve forgotten what they look like.

Suck is the case with Jacob’s ladder, which I ran across in the park today and didn’t recognize until I got home and realized it was very similar to the Jacob’s ladder I had blooming in my garden. I can only keep track of the one in my garden because the leaves are so unique—which I’ll discuss a bit later.

There are at least two species of Jacob’s ladder: Polemonium reptans and Polemonium caeruleum. The first is native to the northeastern United States, while the latter is from Eurasia and should be limited to gardens in North America. I’m not great at telling the difference, but since this specimen is part of a native plant restoration at a local park, I’ll guess it’s Polemonium reptans. 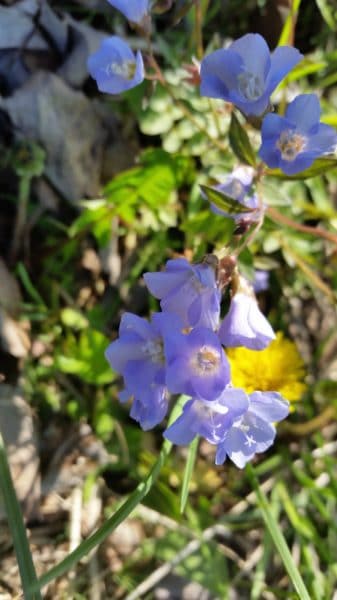 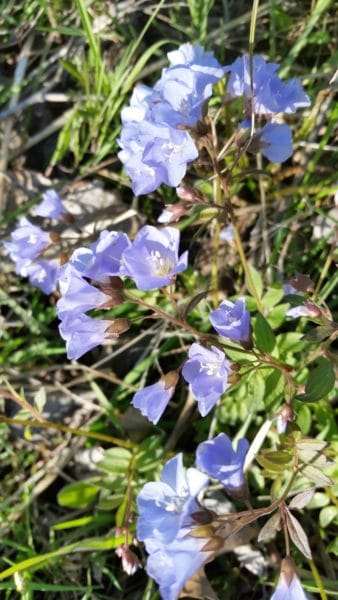 They’re called Jacob’s ladder because the closely set leaves look like rungs on a ladder or steps on a staircase. At least, that’s how it appears to me. Here’s a shot where the leaves are clear and the flowers are blurry so you can decide for yourself. 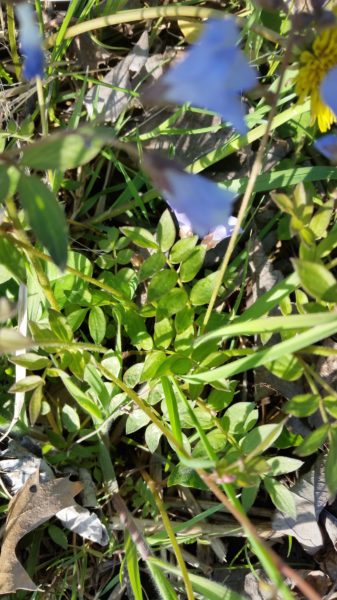