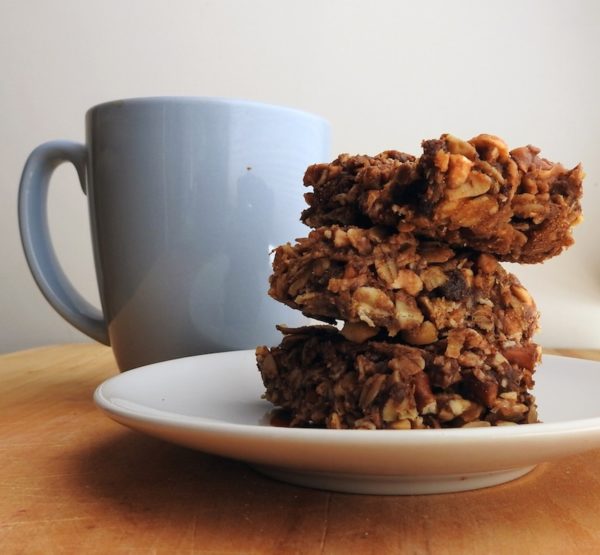 I made another batch of granola bars this weekend, this time figuring out how to incorporate some overripe bananas because I have way too many. I’m currently out of honey, so for the sweetener/binder I tried sorghum, and I love the way it turned out.

Sorghum, also called “sorghum molasses” or “sorghum syrup” is made from the stalks of sorghum grass, which have a higher sugar content than many other grasses. It has a texture similar to honey and a color that’s a deep reddish-brown, with the same sweetness but an earthier, almost spicy flavor.

Before transporting food over long miles became cheap, sorghum was a common sweetener in parts of North America where sugar cane wouldn’t grow. It was also preferred by abolitionists, since most sugarcane was grown and harvested by slaves while profiting slave owners.

I like sorghum because it’s a sweetener that’s made locally and tastes delicious. If you’ve never had it before, it’s reminiscent of light molasses. This recipe is a great introduction to the sweetener because it uses just a bit, letting you familiarize yourself with the flavor before going whole hog.

If you like the flavor and want a recipe with even more sorghum goodness, try my ginger muffins.