This beautiful bird is the white-naped crane (Antigone vipio), an Asian crane that breeds in northern Mongolia, northeastern China, and neighboring parts of Russia. The eastern members of the species winter in Japan and Korea, including the Korean demilitarized zone. Japan and Korea play important roles in my family history, so maybe that’s why this particular pair of cranes were so cooperative in letting me take their pictures.

The white-naped crane is in the same genus as the North American sandhill crane, Antigone. Previously both species were considered part of the Grus genus, but along with two other species, they were split off as Antigone in 2016 after genetic studies determined they had a different common ancestor.

Visually, the combination of red skin patches surrounding the eyes, a white crown and nape set off by a gray throat, and gray ear spots distinguish it from other crane species. (Other species with gray ear spots include the Brolga and the Sarus crane.)

I took theses photos at the International Crane Foundation in October, and you can read more about white-naped cranes on its website. 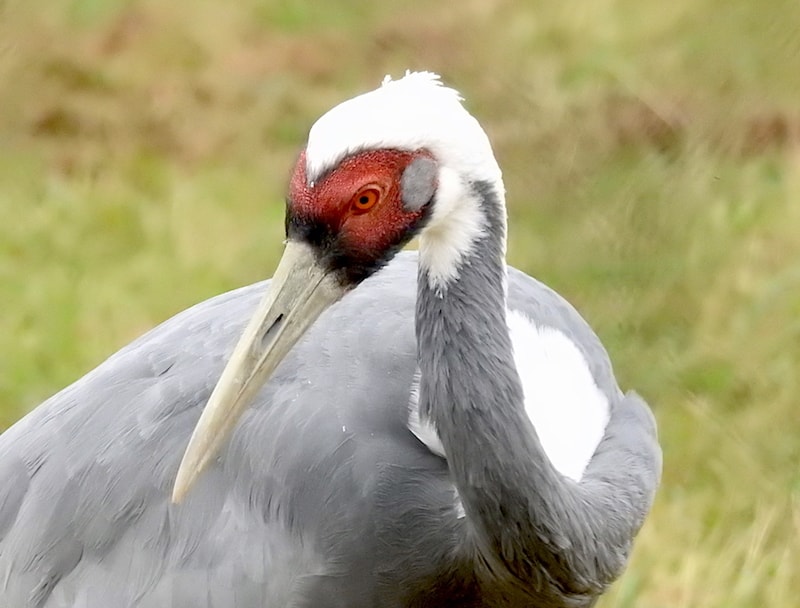 I love this pose. 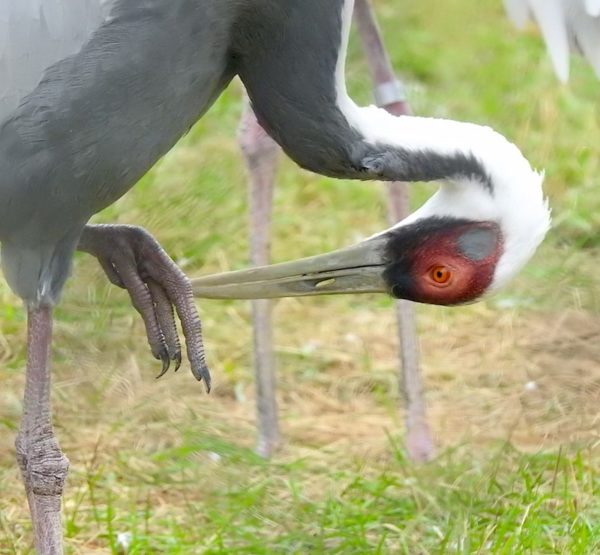 Look at those pink legs! And those claws! You do not want to mess with a crane. (In related news, I saw a pair of bald eagles today when I was out duck watching by the lake. The first hint of their presence was when all the ducks went from relaxing on the pier one second to flying off in a big swarm the next. I looked up in the sky and—whoosh!—right across the river at treeline height, the first eagle swooped by, followed soon by the second. They landed somewhere far, far away, which was both disappointing and just as well. I have seen bald eagles hunt ducks before, and it is a hunt of attrition—a bit depressing if one sympathizes with ducks, and exhausting no matter whom one sympathizes with.) 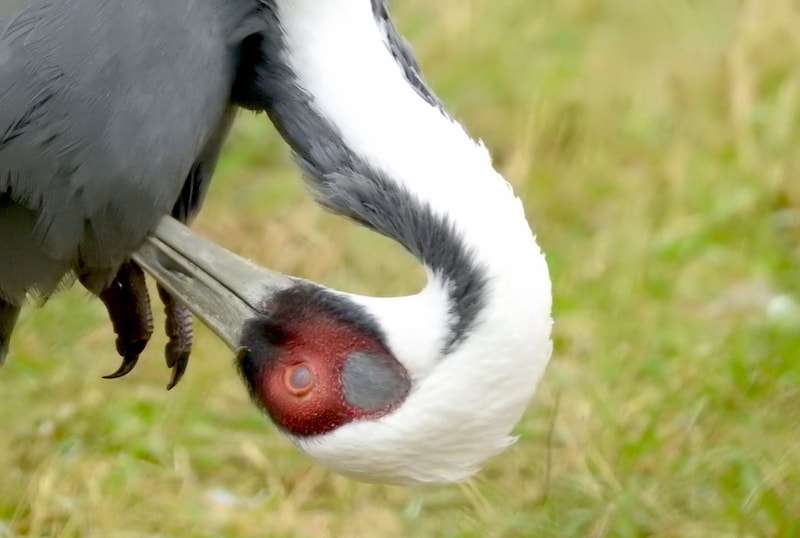 The translucent eyelids (nictating membranes) are pretty interesting, too. 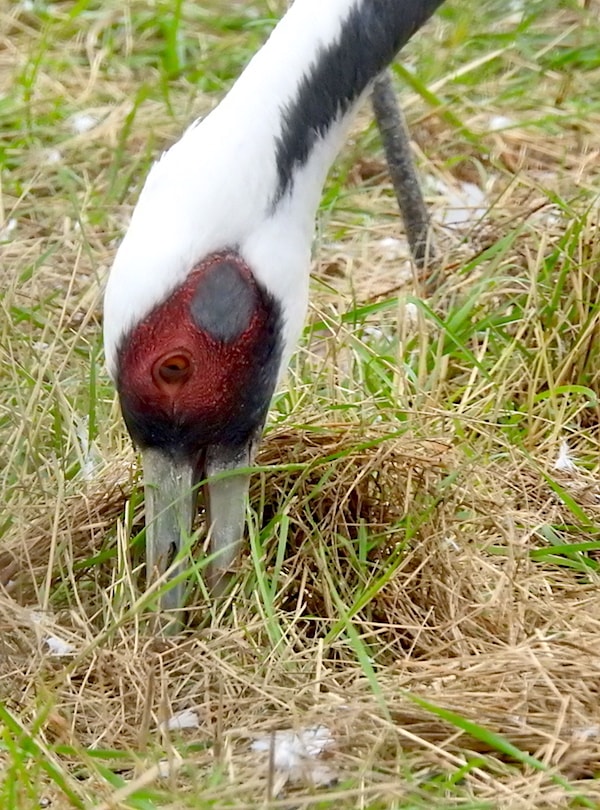 This photo provides another perspective on the eyelid membranes. As you can see, it moves from the inner corner of the eye toward the outer corner, much like a cat’s third eyelid. (And if you haven’t seen a cat’s third eyelid, well, now you know to look.)

And of course I love how the above photo captures the way cranes root around with their beaks for grubs and other treats. Longer beaks tend to indicate cranes that spend time rooting in wetlands, while shorter beaks indicate cranes with drier habitats. 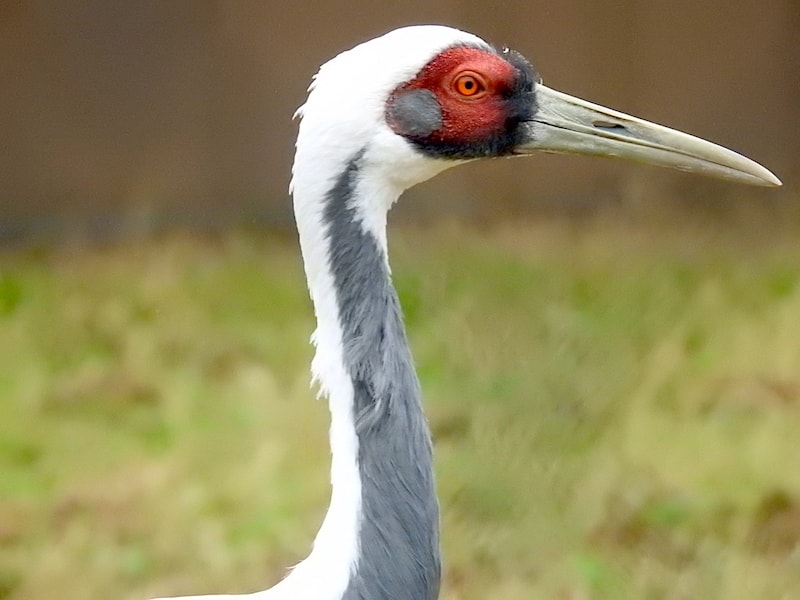 Not enough crane for you? Check out my other crane posts.

Answer to pop quiz: White-naped cranes prefer to live in and near shallow wetlands.